Visitors to the Midlands of England should visit the historic town of Warwick, set on the banks of the River Avon, a small town with a population of just over 27,000 people.

However most come to Warwick not to see a museum or theater, but to visit Warwick Castle.

An imposing castle originally built by William the Conqueror in 1068 in wood.

Rebuilt in stone in 12th century and with major additions in the 14th and 17th centuries. 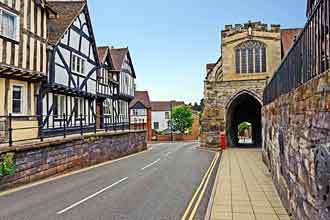 It’s also nice to stroll through the old town Warwick and loock at the beautiful architecture. 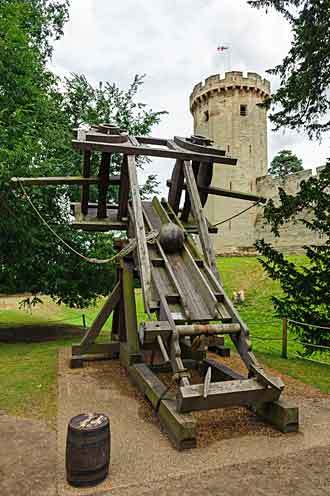 When you visit the castle you will find history depicted in a modern, exciting way.

The entrance is by the Stable Courtyard and you will see a reconstruction of a Ballista, a siege catapult. 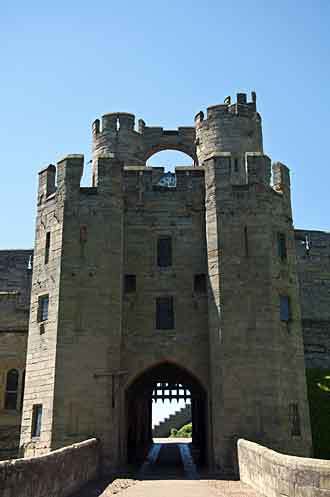 Entrance to the walled castle is through Clarence Tower, and once inside you will view the large grassed area and gardens which lie inside the walls.

Warwick Castle has many towers built for defense around the walls.

Caesar’s Tower have the 14th century gaol where you can still see the names of the imprisoned scratched into the cold, dark walls.

Clarence Tower is a reconstruction of the 15th century building.

As you walk around the walls the views of the surrounding countryside are spectacular. 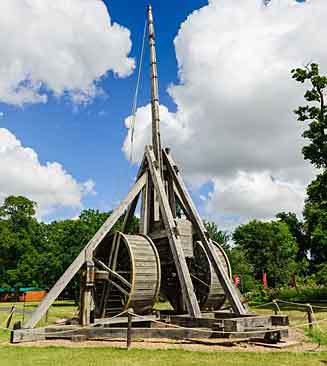 At the far end, beside the river, you will see the Trebuchet, one of the world’s largest siege engines which was built as a reconstruction in Denmark and brought to the castle in 2005.

At various times during the year demonstrations of its throwing power take place. 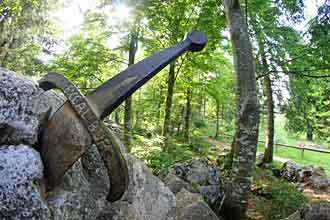 Away from the lawns you will find the Sword in the Stone area depicting the legend that Arthur pulled the sword Excalibur free, showing him as the rightful king. 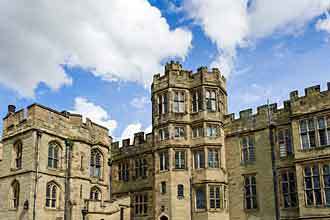 The Earls of Warwick were owners of the castle for over 400 years, since King James 1 gave it to Sir Fulke Greville in 1604, who converted it into a stately home.

Parts of the home have been made available for tourists since the end of the 17th century, and Queen Victoria visited in 1858.

In 1978 the castle was leased to the Tussaud’s group (of Madame Tussaud’s waxwork fame) and this company has now merged with others to become the Merlin Group.

The main buildings of the castle have had 6 millions of pounds spent on them in the last 10 years. 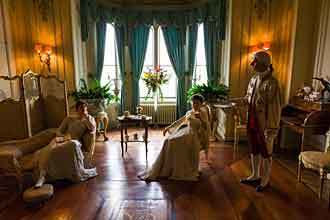 The Great Hall and State Rooms use wax models to help depict life in the castle as it used to be.

It is the largest room in Warwick Castle, and there are over 6 rooms that depict the Edwardian and Victorian high society life styles.

There are also 12 rooms depicting the Royal Weekend Party, where the main guest was Edward Prince of Wales, later to be Edward the seventh. 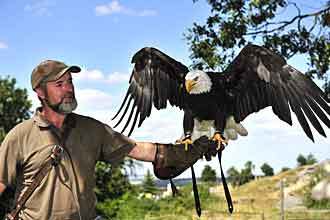 Entertainment and events outside Warwick Castle

Inside the walls, mainly on the grass area, daily events are held. These include the “flight of the eagles” where birds of prey fly around the area, archery displays and jousting.

Entry here is included in your entry ticket, but because of its limit of 30 you must book a time slot when you buy your ticket.

There are modern, extra attractions which give a special atmosphere to the castle. 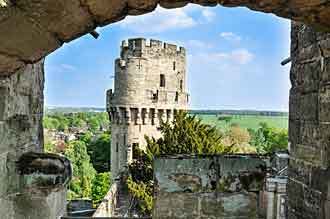 Special tickets, which must be bought separately, are for the Merlin Castle Dungeon and the Merlin Dragon Tower, both with timed entry tickets.

The Merlin Castle Dungeon has 10 rooms depicting the most frightening of times in the castle’s history.

It is interaction with live actors and special effects.

The tour takes about 50 minutes, and is unsuitable for children under 10 years, for pregnant ladies, for those with heart conditions or for those who are easily frightened.

The Merlin Dragon Tower is based on the TV drama “Merlin” and shows the young magician trying to protect Arthur.

You will be given the chance to talk to the dragon and to look in the magic mirror.

The dragon breathes smoke and fire.

The tour takes 15 minutes and under 18’s are only allowed when accompanied by an adult.

Children under 4 are allowed in free.

It’s so much to see that it is recommended that you spend a full day in the castle.

Tours and tickets to Warwick Castle