Hotels: Overview of Hotels in Venice 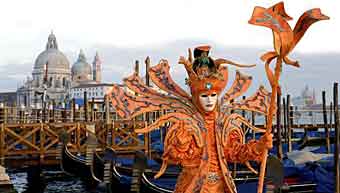 The Carnival in Venice will start with the opening parade on 4 February 2023.

After that, you can enjoy some street shows and more, and it all ends on Shrove Tuesday, 21 February 2023.

Read more about the program on the official website: https://www.carnevale.venezia.it/

A little history of this famous carnival

The starting point of this journey takes us long back in history.

The Venice Carnival was held for the first time in the 11th century, and it did quickly became a famous symbol of the floating city.

It was stopped in the 18th century but brought to life again in 1979.

Today, probably everyone in the world has heard about the event.

It launched Venice even higher on the list of must-see destinations in Italy and Europe, if not the world.

Earlier, the carnival always began with balls held at St Mark’s Square and followed with the fun found in the whole city.

Many of them were connected to the famous Commedie del’Arte or Columbine.

Hotel tips and accommodations in Venice 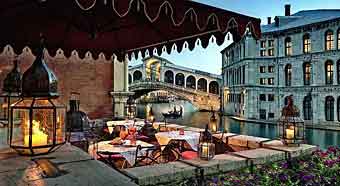 Al Ponte Antico
One of the most popular hotels in Venice, with high review ratings.

It’s a four-star hotel situated in a romantic palace from around 1500, with a beautiful view over Venice’s Grand Canal from the terrace (picture above).

You can see more pictures from this beautiful hotel here >>

Overview of all hotels in Venice here

More things to do in Venice

Hot Carnivals in Europe – The most popular and some not so well-known...
Scroll to top
error: Content is protected !!