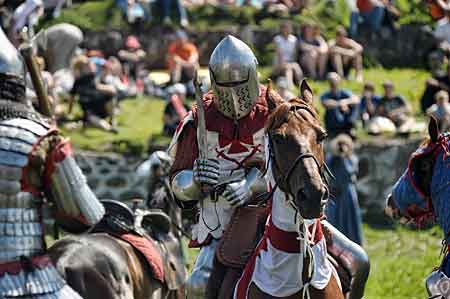 It is mixed with the originality of the city Koprivnica, Podravina area and Croatia, manifested through knight games, music and crafts, famous for the area at that time.

The festival is a true story of the development of the European identity of the city and the region throughout history..

Koprivnica old town is a silent and mystical witness of past time that hides interesting secrets, way of life, wars and trade of the local people back then.

The Renaissance Festival is the biggest festival related to the past in this area of Europe and describes events from the 15th and 16th century.

Knights,  food, middle ages crafts and entertainers – you’ll find them all in Koprivnica in August.

Programme starts in 11am in the city centre from where participants and guests are heading to the bastion that is surrounded with medieval tents, devices, tools, camps and the entire sight is just magnificent.

The food is another great feature of the festival. Old recipes that chefs will make on the spot are something you definitely won’t forget.

Among the other, meals made of nettle will have the special place as the city itself got its name based on this plant (Kopriva in Croatian stands for a nettle).

This 4-day event is annually visited by 50.000 visitors, and year after year this number rises.

Near the locality of the festival is a huge parking area which is great for all who are planning to come by car.

The festival takes place in the center of the city, so you’re able to see other great things besides the festival that Koprivnica city is offering.

There are not many good hotels in the city, but you can find some nice guesthouses. For example Apartment Cecilia.

Read the reviews of the accommodations before you book, so you don’t get a bad place to stay.

Overview of accomodations in and near Koprivnica >>

A good solution is to have a daytrip by car or train from Zagreb.

Zagreb is 100 kilometers from Koprivnica and it takes one and a half hour both by car or train.

Tickets and information at the Croatian train company: http://www.hzpp.hr/en 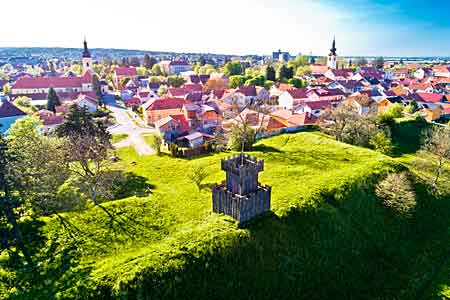 Koprivnica was first mentioned in 1272 in a document by prince László IV and declared it a free royal town by king Lajos I in 1356.

After that the city flourished to a great trading place and a military fortress.

It is a city in northern Croatia – the capital of the Koprivnica-Križevci county.