About the North Sea Beer Festival

Toast the end of summer by quaffing some delectable brews near the water at this relaxing seaside town.

About 30 breweries and beer companies will be flaunting more than 150 Belgian specialty beers.

Food trucks are offering some tasty food beside the great beers.

Besides the North Sea Beer Festival liquid entertainment, you will be serenaded with music with a full program of live performances and DJ sets.

No advance tickets. You just pay as you drink and eat.

This small town was constructed on the eastern part of an island between the North Sea and a beach lake.

In order to preserve their town from the ravages of the sea, the residents decided in 1395 to build a new Oostend behind some large dikes and some distance away from the wild waters.

Be sure to stroll along its famous seaside esplanade and take in its soft sandy beaches.

Places of note include the Royal Galleries, the Atlantic Wall (which has a museum) and the Mu.Zee, the museum of modern art.

The Vissersplein (Bonenstraat/Kadzandstraat) is a car free zone lined with brasseries.

Where: Zeeheldenplein in Oostend, Belgium 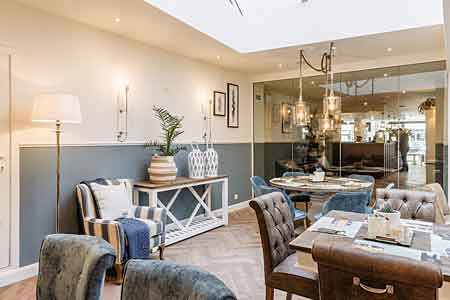 Within 50 meters from the Oostende beaches, this hotel has a fine location.

Only a short walk to Zeeheldenplein, where you find the North Sea Beer Festival.
Check it out here >>