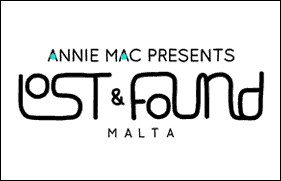 The popular BBC Radio broadcaster and DJ Annie Mac is back with the “Lost and Found” festival.

The idea is to combine that natural beauty of the surroundings with the mixture of established and upcoming performers.

Lost and Found will set across 8 venues, and beach parties will follow it.

Note that festival transport service will operate around the island, so it’ll be quite easy to reach each of the mentioned 8 places.

By air and bus

Malta has only one national airport, and it is in Luqa.

Bus: The X3 bus that goes from the airport has Ta’ Qali as one of its stops. (It runs from 6 am until 7 pm approximately every hour).

What to see on Malta?

The capital city Valletta is the biggest city on the island, and it’s usually the starting point of all travels across Malta.

This archipelago lies in the centre of the Mediterranean with a total area of nearly 320 square kilometres, and it’s consisted of three islands – Malta, Gozo and Comino.

Adventurous tourist’s favourite is a visit to the third and the smallest island Comino.

You can check out boat tours to those islands here

The official languages in the country are Maltese and English, and the currency used in Malta is Euro.

Malta is a member of the European Union.

Malta is 80 km far from Italy’s coast and populated with around half a million people.

More things to see and do on Malta