Spot on London – Lots of Festivals and things to see and do !!

London may not offer quite the same romanticism as some of Europe’s capitals, but the capital of the United Kingdom appeals in many other ways.

It’s a global city and one of the world’s most visited tourist destinations.

Famous for its history, entertainment, culture, and fashion.

One of the biggest appeals of London is its diversity, especially architectural.

World Heritage Sites such as the Tower of London and Westminister Abbey, Palace of Westminster and some of the most striking pieces of modern architecture such as The Shard, and the city’s top tourist attraction, The London Eye.

With so much to see and do this is a city you could enjoy for a long time.

Getting to the Capital

Getting to the UK’s capital is easy.

This is one of the best linked cities in the world after all, home to two major international airports and several more, all within a relatively short drive of the city.

Heathrow Airport is the third busiest airport in the world, connected to all corners of the globe and used by a large majority of the world’s airlines, and it’s well connected to the city (22 kilometres/12 miles to the east) via trains and buses.

The second airport is a little further out but still has great links into the city.

Gatwick Airport serves scheduled airlines as well as low cost and charters so there are many choices when flying here.

Getting Around the City

Driving in London isn’t recommended because of the constant heavy traffic congestion, high parking rates, and difficulty navigating, and with such a great public transport system in place you really don’t need to take a car.

Of course, taxis are an option if you want to get from A to B, and the famous black (though not always black!) taxi cabs are prevalent throughout the city.

They can be hailed from the sidewalk or picked up outside railway stations and popular spots.

For both residents and tourists the most popular way to get around London is on the Underground.

The Tube, as it’s also known, offers an expansive service that comprehensively covers the centre of London, and it’s fast and relatively cheap.

The only downside to travelling everywhere by Underground is that you’re not seeing the city above, so if you’d rather see the city then take the bus.

Another good way to see the city is by bicycle, and London does have a city-wide cycle hire scheme.

The bright blue bicycles are available hourly from many locations though it could be argued that if you’re not familiar with the city’s streets and cycling amidst busy traffic this isn’t the best way to get around.

However, riding a bicycle around some of London’s royal parks is highly recommended!

London has a reputation for damp and dreary weather but honestly, it isn’t always like that!

Summers can be quite sunny and warm, and although the averages don’t sound high, the city does experience a few much hotter days most years.

July and August are the warmest months, with an average high of 23C, and July is on average one of the driest months in the city.

This isn’t to say there’s no rain, there’s just less than in most other months!

Being such a popular city it’s full of visitors at any time of the year.

You can come in the winter when it remains mild though rain and/or snow are possible.

If you bring a good pair of shoes or boots and a jacket and umbrella you can enjoy London in any weather.

London has a big variety of hotels and many good places to stay.

From heritage buildings with charm and sophistication, to modern and luxurious high-rises that feature every facility you could think of.

Staying in London is considerably more expensive than any other city in most of Europe.

The closer to the center and its big attractions, the more expensive it will be.

Many excellent 5 star hotels to choose from, so if you like to stay in luxury, this is the city to do it in.

Over 1000 hotels are listed in Central London alone, and nearly a fifth of them are rated 5 star. 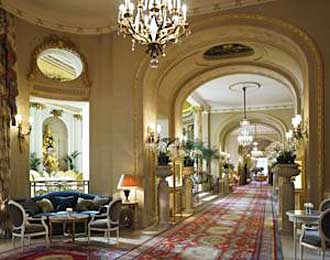 This includes some of the world’s best known and revered hotels like The Ritz, The Savoy, and Claridge’s, which are all in excellent locations.

And if you want to visit The Ritz but not stay there you should definitely think about reserving a table for afternoon tea.

It can be hard to get a table so you might want to sign up for a tour that includes afternoon tea combined with some sightseeings as well. Here are links to a few: 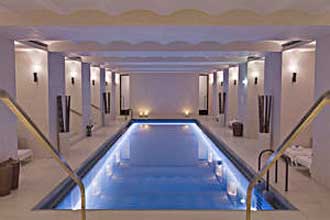 The hotels Cafe Royal as also has an exelent spa area, or Four Season at Park Lane could be a better alternative.

Being such a spread out city you may want to consider hotels that are located closest to the attractions and places you’d most like to visit, but then with public transport being so widespread it’s not usually a major problem getting around.

You could look at the difference between a hotel on a busy street compared to one on a side street if you’re a light sleeper, as London can be noisy both by day and night.

Overview of all Hotels in London Here

Festivals and events in London

More things to do in London