– The Bridge between Europe and Asia

Istanbul is an amazing city at the northern end of the Sea of Marmara. It’s the largest in Turkey, and among the largest cities in the world with an ever-increasing population.

Despite the busy streets, Istanbul has a timeless appeal and is the kind of city that needs to be visited several times to really do it justice.

About 7 million foreign tourists come to Istanbul every year, and they are joined by many Turks themselves travelling to this great city, making it the tenth most popular tourist destination in the world.

So what is it about Istanbul that makes it so popular?

Well many of the millions who come here focus their time in the historic parts of Istanbul, as this is where many of the best known and most impressive landmarks are situated.

Luxury shops and boutique hotels set the scene for the more discerning tourist. 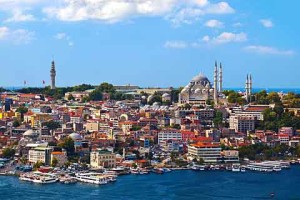 This melting pot is a result of thousands of years of history.

Istanbul was an important city for the Romans – in fact at one point it had equal standing to Rome, and was the capital of the Eastern Roman Empire.

The city was named Constantinople after the Roman Emperor Constantine, and this grand name stuck with the city all through history until the early 1900s when it officially became Istanbul in 1930.

In the meantime the Ottomans built magnificent mosques, palaces, and homes that have stood the testament of time, today being some of the city’s most visited tourist attractions.

Out on the Water

One of the appeals of Istanbul is its watery setting.

Istanbul is set at the northern end of the Sea of Marmara and stretched up alongside the Bosphorus Strait that connects the Marmara to the Black sea.

This connection has always made Istanbul a busy and important city, and further interest is added when you consider the fact that Istanbul is divided between two continents.

On the western side is Europe while on the eastern side Asia, connected by several vehicular bridges and numerous ferries, plus a soon to be completed underground tunnel.

While visiting Istanbul you must spend some time on the water.

Many of the residents get around by state-run ferries that are affordable and frequent, but there are grander ways to travel too.

Numerous boat cruise companies offer cruises along the Bosphorus, plus one boat trip that comes highly recommended is a trip to Istanbul’s Princes’ Islands. 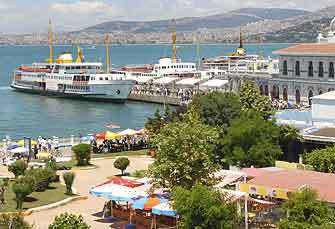 Set in the Sea of Marmara to the south east of Istanbul city centre this group of nine islands the largest of which (called Buyukada) has numerous hotels to stay in if you want to spend more than just a day here.

The pace of life is extremely different to that in Istanbul proper – there is no vehicular traffic here for starters – you get around by horse and carriage, bicycle, or walking, but the carriage rides are all part of the experience! 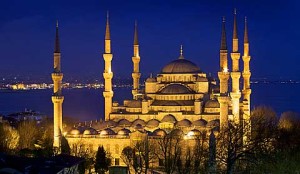 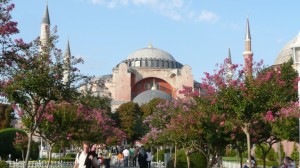 From other periods in history there is Aya Sofya (aka Hagia Sophia), the Basilica Cistern, and Galata Tower, to name a few.

The historic heart of the city is an atmospheric gem crossed with smaller streets that contain restored Ottoman mansions, many of which have now been converted into boutique hotels. 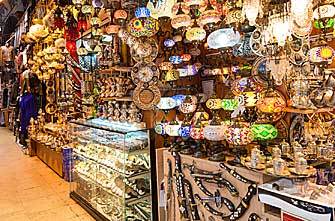 If you only have a few days to spare in Istanbul before exploring more of the country, be sure to spend most of your time in the historic centre.

Perhaps with a visit to one of the largest shopping centers in Europe, Istanbul Cevahir, for luxury shopping.

Plus a visit to one of the oldest shopping malls in the world, the Grand Bazaar! 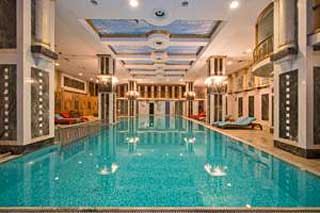 On the historic side of the city are some 5 star hotels. Two of them are very close to the Blue Mosque as well; Ottoman Hotel, and Celal Aga Konagi Hotel. 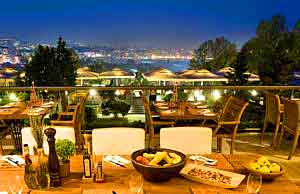 View from the restaurant at Hilton hotel Istanbul
Many of the luxury hotels of Istanbul are situated in the current modern centre of the city, around the business district of Taksim, and alongside the shores of the Bosphorus. 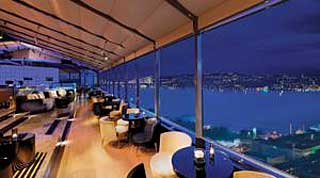 Hotels like the 5 star InterContinental Rixos Pera Istanbul, several incantations of the Swissotel brand, Hilton and Radisson can be found here.

More from Turkey …. Things to see and do … 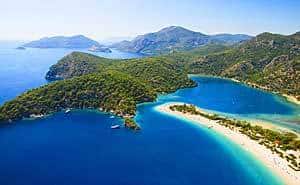 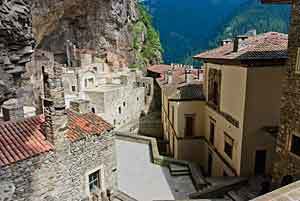 The coastal towns of Rize, Trabzon and Samsun respectively…