Chance is a fine thing which once in a while leads to amazing discoveries. As is the case with the fabulous caves, Nerja’s main attraction.

Nerja is a pretty little town in Andalucia on Spain’s Costa del Sol, approx. 60km east of Malaga, the capital. 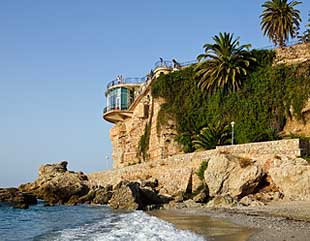 Nerjas also boasts what is called ‘El Balcon de Europa’, a viewing platform which affords unimpeded views over the Mediterranean and the rocks below. 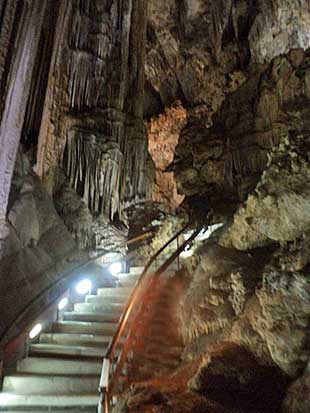 But, back to the caves. In 1959, five young lads from a nearby village were kicking around a football when is suddenly disappeared into a hole in the ground.

Efforts to retrieve the ball led to the discovery of one of the biggest and most important complex of caves in all of Europe.

There is another version of the story which says that they were looking for bats at night which escaped into ominous cracks and holes and thus led to the discovery.

Whichever the truth, the caves have been found and are an exciting attraction of Nerja. Stretching for more than 5km, the netherworld wonder can be accessed by easy wooden stairs and walkways which lead around the caves on a well indicated path.

Only a small part is open to the public, the rest still being excavated and explored by scientists. The caves are divided into 5 so called galleries, the names of which are inspired by the images the stalagmites and stalactites project. 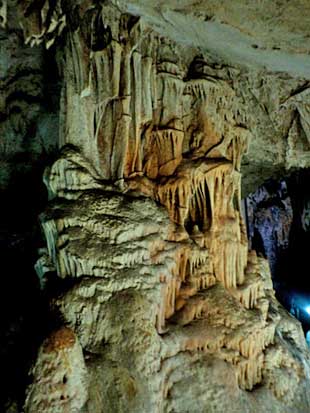 Soaring to more than cathedral height, the gallery called ‘Waterfalls’ boasts the biggest stalagmite in the world, 25m wide.

Other galleries are called ‘The organ’, and ‘The Fantasy’. Some prehistoric finds are displayed in showcases along the walls of the entry gallery.

After crossing what is called ‘The bridge’, the caves open up to a space which is often used as a venue for the International Festival of Music and Dance, thanks to a natural auditorium and great acoustics. The next festival takes place from 17th to 23rd of July. 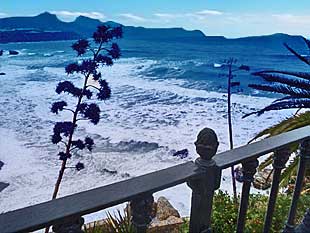 Back on the surface and after taking a peek from a rather windy Balcony of Europe at the waves crashing into the rocks below and over the Mediterranean, it’s time to meander through the rather picturesque side streets of Nerja. 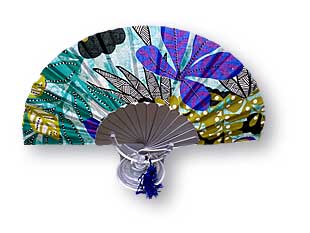 However, fans are more than a fashion accessory; they form part of history, art and culture in Spain. Their use was and is, a very sophisticated means of communication.

It’s a Frenchman, Didier Borgeaud who, in collaboration with Spanish artist Amalia Ferandis, whose mission is to revive the tradition of the Spanish fan, creating unique pieces of art, using only the finest and local materials to dazzle with a more modern version of the fan.

There is no better souvenir to bring home from a trip to this beautiful and rather sedate part of Andalucia.

If you plan to book a hotel in Nerja, we would recommend Balcon de Europa Hotel situated infront of the Mediterranean Sea with a wonderful view. 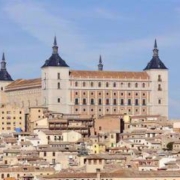