The perfect event for those who love theatrical reenactments based on the gory tales of Medieval Spain.

Consuegra Medieval Festival is a time warp of dramatized performances in which participants are transported back to the 8th century, to recall the events of the bloody Battle of Consuegra, in the year 1097.

For over two decades, hundreds of local townspeople have participated in an exaggerated transformation of Consuegra, to relive the brutal attack on the Castle of La Muela.

On a weekend in middle of August, villagers gather to recall a time in which the North African Moors set out to conquer and siege the Medieval Castle of La Muela in Consuegra;

Ultimately resulting in the death of Diego Rodriguez, the only son of the Castilian nobleman and military leader, El Cid Campeador.

Live performances are set to take place in the Castle of Consuegra, on the boardwalk of Rio Amarguillo and in the towns’ bullring.

On the final evening of Consuegra Medieval Festival, an alluring funeral ceremony is held in front of the castle, on Calderico’s Mount, to honor the respected life of Diego Rodriguez.njoyable for all ages.

The festival is organized around the following performances:

A theatrical narration of the life of the inhabitants of Castle of Consuegra, during the battle and subsequent siege.

A thrilling, guided tour of the historical battle camp of the Almoravid army. Where audiences witness reenactments of battle scenes of the invasion of Al-Andalus.

A dramatized reenactment of the Battle of Consuegra, on a life-size chess board, demonstrating the fatal defeat of Diego Rodriguez.

In accordance with these shows, the entire village of Consuegra becomes a free, medieval artisan market.

More than 12 hours of uninterrupted ceremonies, parades and interactive performances, enjoyable for all ages. 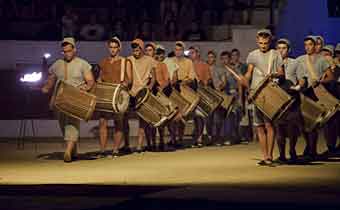 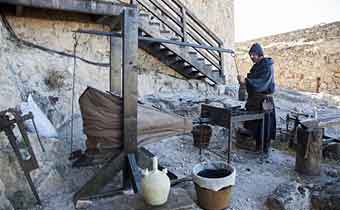 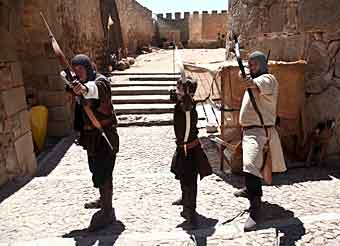 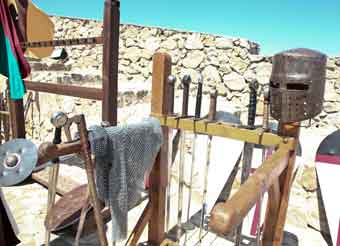 Where to stay – Hotel tips

Not so many hotels right in Consuegra, but a few charming ones, with typical Spanish style, can be found. 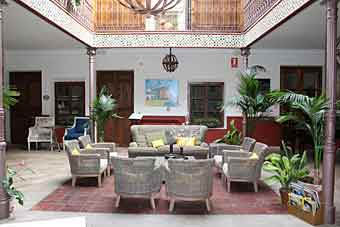 A hidden gem is the cozy Hotel Rural La Vida de Antes, in an old mansion from the 1800’s.

Great staff and a charming backyard with a little pool.

Good reviews from its guests.

Madrid to Consuegra by Car (travel time 1.5 hours)
Madrid is approximately 130 km from Consuegra, via A-4 and CM-42