The charming Cognac city in France

Cognac city in France – Home of the Famous Brandy

Names like Courvoisier, Hennessy, Martell, and Reny Martin are all synonymous with brandy, and particularly with Cognac, a famous variety of brandy named after the town of the same name.

Though the name has made its way around the globe, the town it was named after has remained compact and attractive.

If you want to soak in some French culture and wander the streets of a beautiful old town, this is the place to come.

The compact town centre makes sightseeing a real joy in Cognac as you can easily visit the main sights within a short space of time.

The old town is the main attractions for tourists as this is where the medieval quarter is situated.

Narrow, cobbled streets are a feature here, as is a broad collection of buildings dating from the period between the 15th an 18th centuries.

Look for the many buildings that have sculptures of the salamander as this was the symbol of Kin Francois I. 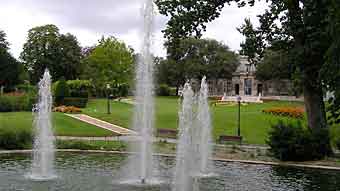 There are churches in the Romanesque style while right in the heart of the town is the attractive public garden of Cognac. 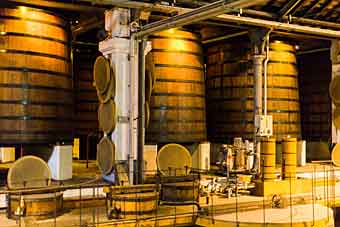 Once you’ve seen the sights of the town you can stop by one of the Cognac Houses to see how they distil the famous brandy.

The twice distilled spirit can only bear the name if it’s been produced in a certain way.

Visit one of the makers and learn more about this process.

Check out this Private Tour: Craft Distilleries in Cognac Vineyards

Cognac is only a small town, set inland and roughly half way between the cities of La Rochelle and Bordeaux.

Both these cities have airports, while Bordeaux has significantly more flights than La Rochelle, where most of the flights come in from the UK.

To Bordeaux there are numerous opportunities to fly from across Europe and even a direct flight from Montreal in Canada operates in the summer months through Air Transat.

From Bordeaux Airport the journey is about 130 kilometres (81 miles) by road and should take around an hour and a half if travelling by car.

Train is also a good option. Both held in July.

Being quite a small town there’s not an abundance of places to stay in and around Cognac.

So if you want to stay for a few nights it’s worth making your reservation early.

If you prefer to stay in luxury there are no no 5 star rated hotels only a great 4 star hotel set right in the centre of town. 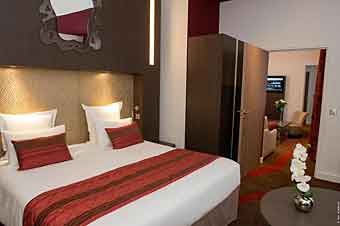 The four star rated Hotel Francois Premier has a real continental feel – it’s a 19th century building and has an indoor pool and a wellness centre.

For a lower budget, you can check out Ibis Cognac and B&B Maison Gaudin 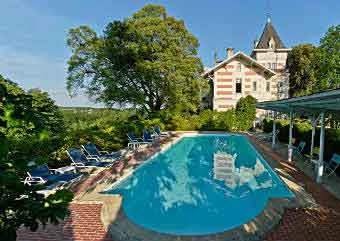 All rooms have views over the beautiful countryside.

It has a quieter setting but being just a couple of kilometres outside of Cognac, the town is still within easy reach.

Overview of all hotels in Cognac here

Things to do in Cognac