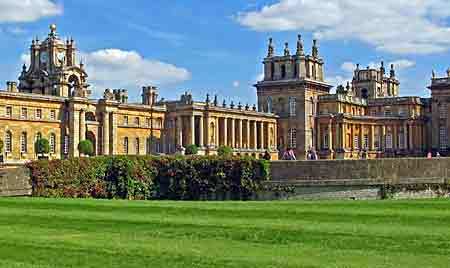 One of the UK’s biggest stately homes presents The Food Festival in Blenheim Palace.

Located in Woodstock / Oxfordshire, the palace is the home of the Duke and Duchess of Marlborough.

It is the birthplace of Sir Winston Churchill and the only non royal and non episcopal country estate awarded the title of palace.

Fortunately, Blenheim Palace is also open to the public, which is why you can have the pleasure of the Blenheim Palace Food Festival, which promises to be as spectacular as the premises.

If you think that English food isn’t much to write home about, you are bound to change your mind after participating in the three days of the festival.

It aims to entertain, educate and tempt people’s palate with the best of local and regional produce.

Cookery schools and chefs compete to serve up delicious dishes to be enjoyed inside and outside Blenheim Palace.

There will be hay-bale filled picnic areas where you can sit and eat the food you have bought in one of the over 120 stalls at the festival.

You can also enjoy some of the many cooking workshops, for adults as well as for kids.

Built between 1705 and 1722 as a rare example of English Baroque, the palace sits in 7 acres of rolling countryside.

It’s history is as fascinating as it’s aspect. Originally intended as a gift from a grateful nation to the 1st Duke of Marlborough for his military victories against the French and the Bavarians in the War of the Spanish

Conceived by its architect, John Vanbrough, to be spectacular and impressive and combining the function of family home with mausoleum and national monument, he soon went over the top.

Parliament denied further funding, so did Queen Anne particularly because of her quarrels with the troublesome Duchess, and in the end, the Dukes had to pay out of their own, far from vast, fortune.

Vanbrough was replaced by Nicholas Hawksmoor, cheaper material and cheaper workmen were employed but finally the huge pile was inaugurated very much in the form the palace stands today.

Over the centuries, the financial problems continued until the 9th Duke married American Railroad Heiress Consuelo Vanderbilt whose fortune saved the day.

Good use is made of the palace today, also bringing in some funding.

Many other events during the year makes Blenheim Palace worth a visit or two.

Tickets; Tickets are required for this event and can be bought at their website. 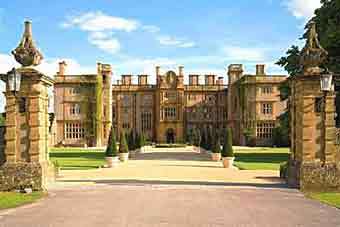 If you like castles and old historic buildings, this impressive Jacobean-style, over 400 years old mansion, will probably take your breath away.

Only 20 minutes drive to historic Oxford and its shops. Blenheim Palace is only 9.7 km. away.

Also a great bar and restaurant. Free parking and WIFI.

And when you have had your fill of English delicacies you can walk off all the calories in the gardens and park or go on to visit the palace itself.

What you find are countless works of art, a library, an organ, stables, a chapel and state apartments, all furnished with opulence.

For a fee, and not a small one, you can get married there and even spend your honeymoon.