Launched in 2002, this festival is one of the best choices for people who are into a true rock & roll sound, famous by the biggest names of the industry that played their music there.

Inspiration for organizing such a festival came from rock music in all its forms – so the final product, this inspiring festival is offering all sub genres live performed in just two days of the event – and it’s a perfect tip for all metal rock, punk, classic rock enthusiasts.

Over the years, Azkena rock festival grew, and today is among the top rock & roll festivals that you can find in Europe; a festival that maintained a non-commercial feel, which makes it to be even more desirable.

After all, it’s that rock & roll spirit that lives within this spectacular two day musical show.

The venue is the Mendizabala

– a shared green space, situated only 10 minutes far from the city center.

Vitoria-Gasteiz, the city in northern Spain is a multicultural center with an amazing art offer – the commercial, educational and gastronomic center of Basque country and the province of Alava.

AC Hotel General Alava by Marriott is a stylish and contemporary hotel placed in the Central Street of the city. All rooms are designed with an interesting looking décor, a minibar and cold-light reading lamp. 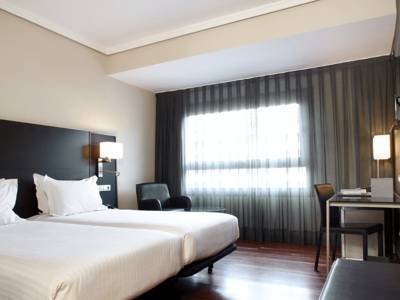 Tours and things to see and do in Vitoria-Gasteiz