Marvelous and Exciting Attractions in Rome

Full of monuments, culture, and events, Rome is a city with a lot to see and do.

Enjoying its vibrancy and cuisine, and while you can start getting to know the Eternal City within a few days you need weeks to really appreciate everything it has to offer.

Unfortunately most of us can’t spend weeks at a time in a city; settling more for a short break of 3 or 4 days.

Read on to discover the must-see attractions in Rome, which you should be able to fit into a visit of 3 days. 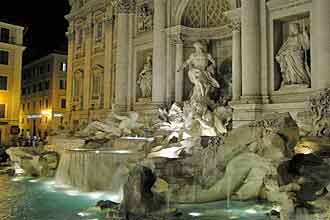 Now to one of the most famous fountains in the world, the Trevi Fountain.

It’s a huge Baroque fountain that was completed in 1762 and full of beautiful features.

Tradition is to throw a coin using your right hand over the left shoulder.

They say that around 3,000 Euros goes into the fountain every day and is used to subsidize local projects. 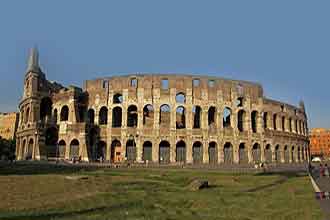 Of all attractions in Rome, the Colosseum is undoubtedly the main sight, and for good reasons.

It’s the largest amphitheatre in the world and is considered to be one of the world’s greatest feats of Roman architecture and engineering.

It’s as iconic as the Statue of Liberty or Eiffel Tower though this was built between the years 70 and 80AD.

Once you’ve marvelled at the Colosseum, visit the museum on Palatine Hill.

Now back to an ancient landmark – the Pantheon is a Roman temple that was built to honour all Roman gods.

An earlier temple built by Augustus was rebuilt by emperor Hadrian around 126 AD, and the famous Corinthian columns have influenced many more modern buildings and monuments.

There are around 40 different catacombs under the streets of Rome, and they date back to ancient times.

Some of these catacombs were only discovered in the last few decades, and more than just a place to bury the dead the tunnels and rooms are famous and very important for their Early Christian art history.

Not all catacombs are open, and some are easier to visit than others.

The largest and most popular, with plenty of tours, is San Callisto.

Guided Tour in the Catacombs

Explore the underground Catacombs on a guided tour.

It’s a 3,5 hours tour where you will see the Capuchin Crypt and the Basilica of San Clemente.

Read more about the tour here 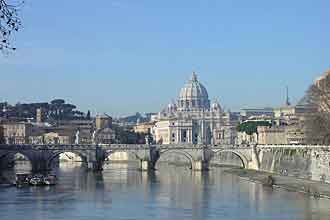 Technically not Rome itself, Vatican City is a city state situated within a walled enclave within Rome.

Even if you have no interest in Roman Catholicism, the Vatican should definitely be on your list.

The Museums together constitute the largest museum complex in the world, with over 1,400 rooms, and includes the beautiful Sistine Chapel and parts of the Papal Palace.

You’ll also be treated to galleries featuring more than 3,000 years of art.

Just trying to see everything within the Vatican can take days, so choose from one of the guided tours.

Be sure to book your tickets in advance as that way you bypass the long ticket lines.

Saint Peter’s Square and Basilica is free to visit, and you must make sure you leave time to see this, one of the largest churches in the world. Enjoy a morning or afternoon of Vatican splendor on a 2-hours tour of the Vatican Museums, Sistine Chapel and St Peter’s Basilica.

Explore the Gallery of Maps, Gallery of the Tapestries and Giuseppe Momo’s spiral staircase, and admire iconic Michelangelo frescoes inside the Sistine Chapel

Things to do in Rome