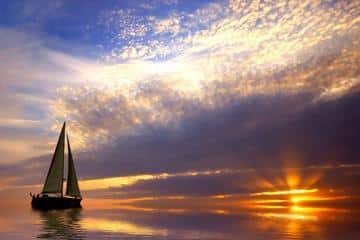 This sailing tour will probably make your stay in Barcelona an unforgettable experience.

Warm sea breeze with an unique skyline of Barcelona at dusk, this private sailing trip is a perfect way to get a special day or evening with your loved one.

You will get views of spectacular La Sagrada Familia, Barceloneta beach, Port Olimpic and more.

This is a 3 hour sailing tour that starts by meeting your local skipper at the Barcelona Port.

After a safety briefing and introduction to sailing, your romantic experience begins.

Once you cruise out, the gorgeous Mediterranean sea opens up, and the views of the city are lifting the atmosphere to a high level.

All you have to do at this point is to sit back, open your bottle of Spanish sparkling wine and raise your glass to toast for this special occasion vacation.

Cruise along the Barcelona coast toward Port Olimpic where you’ll see La Sagrada Familia, Agbar Tower in the distance and the Tibidabo, sail past Port Forum and popular Barceloneta Beach – which is, in fact, the main beach of the city.

You can choose between a daylight and an evening sailing tour, choosing the second one means relaxing and admiring Barcelona’s skyline in spectacular colors as the sun sets over the city.

This romantic and unforgettable cruise ends with your last views of Barcelona from the water while you’re approaching the starting point of the journey – the Barcelona Port.

The price for this romantic cruise is 170 Euro approximately (price may vary), and includes a professional skipper, life jackets and one bottle of cava – Spanish sparkling wine.

Exclusions are food and drinks, unless specified, hotel pickup and drop-off and sailing clothes.

Important thing to add here is that this cruising option depends on the weather, so the sailing itinerary is subject to change being dependent on the wind conditions. 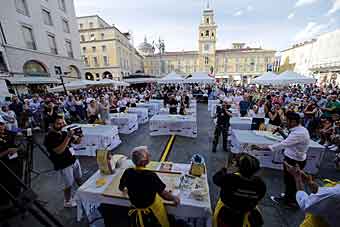 One of the best things to do in Italy is to discover the country’s unique diversity through its epic festivals.

Every summer, the Gola Gola Festival attracts notoriously passionated food lovers for a weekend-long celebration of food, tradition and people.

Watch the heart of Piacenza transform into a village of themed areas dedicated to traditional Italian cuisine, craft beers, interactive performances and more.

With a lot of family-friendly events to choose from, you are sure to find yourself in an area that celebrates something you love at Gola Gola food festival.

Learn the secrets of top chefs from seven different cities around the world.

Savour decadent flavours in the tasting area and interact with local farmers and food producers in the Local Farmer’s Market.

Cool off and stroll down the  craftsmanship of ice cream making.

Or share your passion for beer with other brew masters.

Luring some of the best chefs, local culinary stars, and celebrated brewmasters means serious culinary pleasure is in order.

There is probably no other festivals in Italy that combines the best-tastings, cooking shows, kid’s labs, interactive performances, music and craft beers all into one as the Gola Gola Food festival.

Join into one of the most celebrated cultural tradition in Italy at the Gola Gola Food and People Festival this June in Piacenza, Italy.

How to get to Piacenza ?

Piacenza is aproximately 70 kilometres from Milan.

You can easily come to Piacenza by train and it takes about one hour from Milan.

Tours and things to do in Milan

Avila and its most important landmark; The medieval city wall.

It is unique in the world and entirely encircles the Old Town.

In fact it is uninterrupted and intact since it was built between the 11th and 14th century.

A World Heritage Site, it´s also the only fully illuminated monument of its size.

They rise up on a plateau on top of a rocky landscape with the left bank of the river Adajar down below.

1.5 km of the walls are actually walkable with several access points along the wall.

The views from the walls and towers reach far and several palaces and monuments.

A part of the cathedral, are integrated into the walls which means you can see stone carvings and details up close. 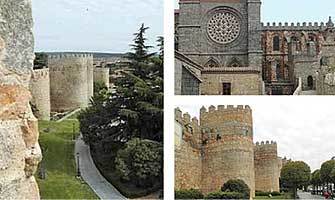 A second line of defense within the walls is formed by a number of palaces which served as dwelling and fortresses at the same time.

Outstanding among them, although not forming part of the wall itself, is the Palacio de Superunda near the Tower of Guzman.

It´s the best restored of all the palaces and has an interesting history.

In 1916, the Italian painter Guido Caprotti from Monza, went on a tour to Spain to study the works of Spanish masters.

On his way to Leon he got stuck in a snow storm in Avila and never left.

He fell under the spell of the city and proceeded to purchase the Palacio de Superunda.

He restored it and converted it into his atelier and living quarters.

He quickly became a `son of Avila`, painting city scenes again and again in all seasons and making a good living through portraits of the local society. 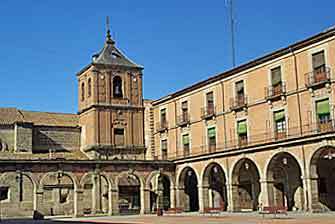 Center point of the Old Town is a plaza called Mercado Chico.

It’s bordered by a church, the town hall and cafess and restaurant.

Fiestas, processions and, in times past, an actual market are held in this lively place. 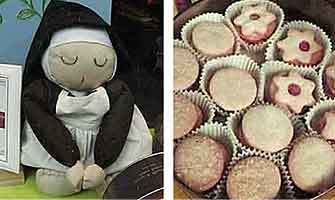 This is where we come to the sweets of Avila.

Called `yemas`, they are little mounts made from flour, egg yolk and sugar and go ideally with a coffe with milk.

The `yemas`are produced by nuns in several of the convents which abound in Avila, due to the Santa Teresa of Avila.

She was a 16th century mystic and Carmelite nun who reformed the Carmelite order.

She is the patron Saint of Spanish writers and sold in pastelerias around Mercado Chico.

Walk the walls with a bag of `yemas´ in your hand (and water), and enjoy the views and atmosphere of a very special city.

If you want to stay over night in Avila, you can find some nice medieval alternatives. 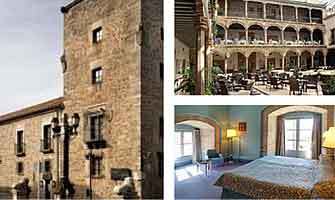 Luxurious rooms and a great restaurant.

Castilla-Leon, the largest region of Spain and located right in the middle of the Iberian peninsula.

It is famous for the many medieval cities, Romanesque and Gothic monuments and buildings.

Most famous and wellknown are Burgos, Leon, Valladolid, Segovia, Avila and Salamanca.

The best way to view them all is a round trip with Madrid as the starting point.

You will get an overwhelming experience in history and art. 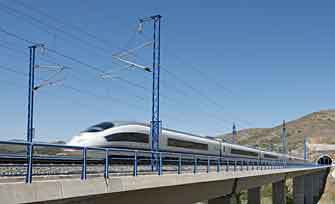 Travel by train is a very convenient way of getting around in Spain.

From AVE (high speed) to Talgo (fast long distance train) to local trains, they are all fast, comfortable and quite cheap.

Most of the above mentioned cities are difficult to manage by car, narrow roads, plenty of pedestrian zones and expensive parking make train travel a much better option.

Tours to Avila and more 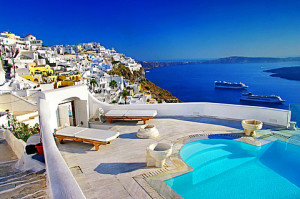 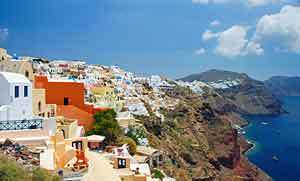 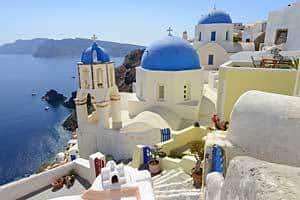 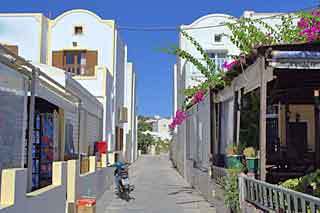 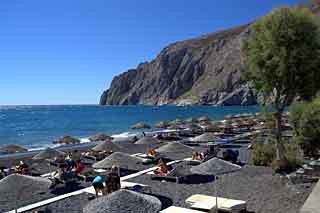 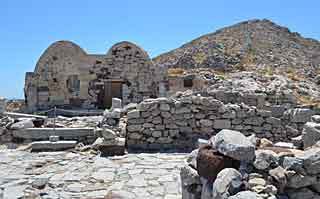 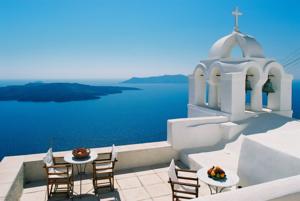 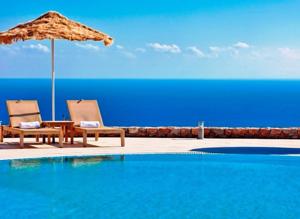 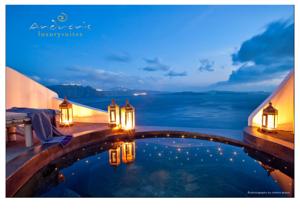 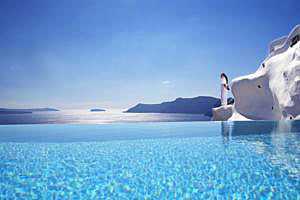 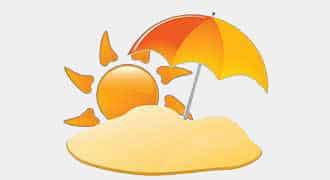 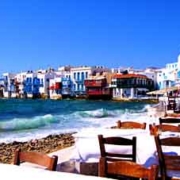 From beautiful sandy beaches to archaeological treasures and an exciting nightlife

Mykonos island is famous worldwide for its stunningly beautiful sandy beaches, archaeological wonders and its rich history, plus a nightlife that no one forgets.

It’s a great combination of historic, cosmopolitan and natural invitation to one of the most beautiful Greek islands.

White and unique looking architecture with the bare rock landscape.

It’s Greece’s most famous cosmopolitan island and a paradise in the heart of the Cyclades.

According to mythology, the island was formed from the petrified bodies of giants killed by Hercules, taking its name from the grandson of Apollo.

Tours and things to do on Mykonos