Here are some tips and facts about the beautiful city Barcelona.

Attractions are many and the most visited attractions are Parc Guell, Sagrada Familia and Casa Batllo. All designed by famed architect Antonio Gaudi.

Moreover, a football (soccer)  match on Camp Nou is a great experience when one of the best football teams FC Barcelona plays a home game. Stadium seats about. 100 000 persons, and is often almost sold out. 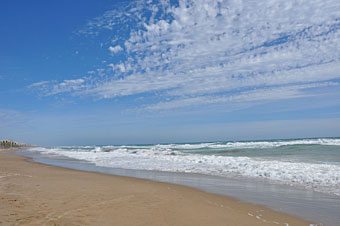 Lovely beaches in and around Barcelona

Barcelona’s coastline is perceived as one long beach, but the many small bays have different names and different activities.

The beach is best near Port Olympic, powdery sand and plenty of beach cafes and restaurants.

Shopping in Barcelona is a delight with so many stores of all kinds. Small cozy grocery stores in the Gothic Quarter.

Market St. Josep in the middle of La Rambla is nice.

With everything you need, also a restaurant with panoramic views of Barcelona on the top floor.

More things to see and do in and around Barcelona

More from Spain and Barcelona

Colossus of Prora on Rugen 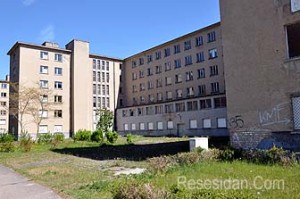 Stroll along the beach approx. 4 km from Binz, or take the little train Prora Express.

A large construction on the east coast of Rügen in the middle of the mile-long bay between Binz and Sassnitz.

Prora is named after a hill on Rügen and would become a holiday resort for 20.000 guests.

Construction began in 1936, but because of the war, it was never quite finished.

Today it is a historical monument of the Nazi-era in Germany.

Not very nice, but interesting with its history.

Several museums are located at one end of the Colossus. 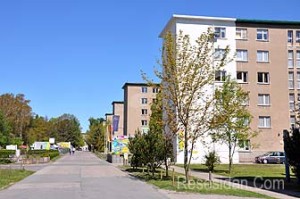 Parts of the Colossus are now hostels and youth hostel where you can stay cheaply.

More from Rugen and Germany