Nottingham, the UK’s no.1 Festival City in October

In October, the leaves are turning and it’s always a pleasure to visit a forest and watch nature at play.

The good people of ’ Notts’ , descendants of Richard Lionheart and Robin Hood are outdoing themselves this October, offering visitors a choice of no less than 15 events and festivals, making it the No.1 Festival City of the UK.

Whether you like music, films, video games, food, drink, a medieval pageant or even a spooky tour, there is hardly any interest or entertainment that isn’t catered for during the month of October in the East Midlands city of Nottingham. 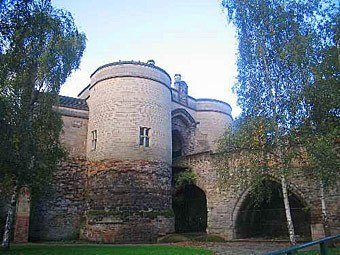 Nottingham Castle, the legendary robber Robin Hood or Sherwood Forest, all are either inspiration or venue for the many festivals unfolding during October.

No better place in the UK than Nottingham to head for in October, combing nature, history and an astonishing array of festivals.

The first highlight of an autumn visit to Nottingham should be Sherwood Forest, the hunting ground of legendary thief Robin Hood and the scene of his confrontation with the sheriff of Nottingham.

The forest comprises some 450 acres of mostly oak and birch trees with a visitor center and walking paths.

The most famous attraction of Sherwood Forest is England’s Tree of the Year, an enormous oak tree called Major Oak and estimated to be between 800 and 1000 years old.

Medieval Events, from August to September

Then head for Nottingham Castle to experience its history and to participate in the next event.

In the Middle Ages, the castle which is strategically located on a natural promontory overlooking the river Trent, was a major royal fortress but it was demolished in 1649.

The Duke of Newcastle then constructed a huge mansion on the site, which in turn burnt down in 1831.

The castle as you can see it today was reconstructed to serve as an art gallery and museum and enough of the original foundations have been preserved to give an impression of what the original castle as well as the mansion looked like.

Among the prettiest exhibits is a costume collection of the famous Nottingham lace.

Of course Robin Hood and Nottingham are inseparable and therefore this week long festival should be number one.

Meet minstrels and the robber himself as well as members of his band of ‘Merry Men’ through out various parts of the city as well as enjoying events laid on by business to entertain the whole family, and bring to life the times of the Middle Ages.

Visit Malt Cross, a Victorian Music Hall near Old Market Square, which has been restored to its former glory.

Enjoy excellent food and drink whilst listening to live music every Tuesday evening.

Here is an opportunity to get happily and seriously plastered in the grounds of the imposing Nottingham Castle right in the center of town.

Organizers of the festival boast that they offer the widest choice of draught cask conditioned beer in the world, not to mention 1100 different kinds of ale and 300 varieties of cider.

Modern day entertainment is celebrated at the GameCity10,

with video games, workshops and arcades in various venues across the city.

In the Forest Recreation Grounds, is one of Europe’s largest traveling fairs with roller coaster rides, water rides and many more hair raising attractions.

A very different experience to go back in time is to attend the Canal Festival starting from Castle Wharf.

Take to the water in working boats as used during the Industrial Revolution, paddle along the water, learn to fish or participate in guided tours to see another side of Nottingham.

Send a shiver down your spine with these actor guided tours around what was once Nottingham’s infamous County Goal.

Meet the gentleman Hangman, the local surgeon or the Body Snatchers, peek into original prison cells and dungeons and experience the rather grizzly side of Nottingham’s history.

The tour is suitable for kids aged five and over, so it’s fun and education for the entire family.

Approx. 200 local acts are schedules to perform in 20 venues across the Creative Quarter and more than one music star has been born here.

Apart from enjoying music you’ll also do some good by buying tickest as a part of the proceeds goes to various charities.

Get into the Halloween spirit by watching horror, sci-fi and cult short and feature films from around the world at this film festival.

This is just a small selection of what’s on offer in Nottingham during the month of October.

All that’s left to say is: come to Nottingham for an October packed with fun for everybody.