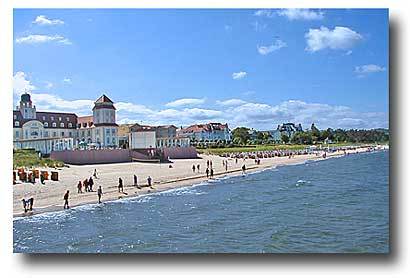 Situated in the Bay of Prorer Wiek, Binz was first mentioned as Byntze in 1318 when it was mainly a fishing village.

It started life as a popular seaside resort town as early as 1830 and has grown to become the largest resort on the island of Rugen today, famous for its typical seaside resort architecture featuring ornate house facades from the turn of the 19th and 20th century.

Binz has a mild climate with approximately 1900 hours of sunshine per year and with its shallow sandy beach Binz has got to be among the most popular tourist destinations in Germany. 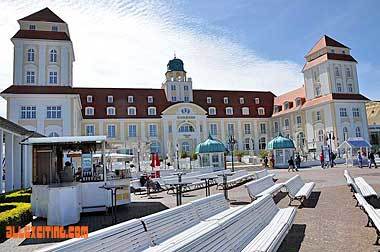 The 4 kilometre long promenade centre is “Kurhaus Binz”, along the promenade are some of the most famous and popular spa hotels. You can read more about them on the spa-page.

Read more >>
Outside Kurhaus is a concert venue with a pavilion where you’ll find entertainment and a great atmosphere on some summer days as this is the centerpiece of the annual festival Blue Wave and other events. 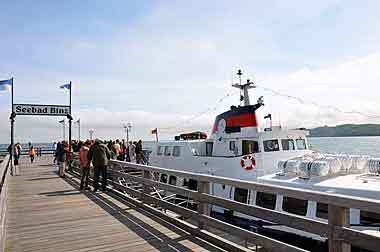 And, 100 metres away you will see the pier where you can take a boat to Cape Arkona and the King’s Chair.

All of the resorts on Rugen have a nudist beach which is marked with FFK, and nude bathing is usually only allowed at the end of the beaches.

Beyond them there is even a dog beach for those who want to bring their dogs along.

Rugen is not a big party place, but a disco outside Prora has various events and happenings a few days a week.

Besides, many nice pubs and bars that meet in the evenings, so of course it can be hilarious if you wish.

Entertainment outside the Kurhaus Binz in the weekends and when there are festivals, one tip is to take the opportunity to come here during any festival, for example, Blue Wave, to get some extra fun. 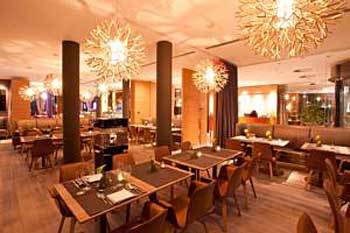 Most restaurants belong to the hotels and have a very good standard of food and service.

Have stayed at  Am Meer Hotel & Spa  which had a lovely gourmet restaurant.

Nice sea views, good food, great service and swanky decor did this one a favorite.

Earlier Club Löwe in center of Binz in the same house as  Hotel Loev have unfortunately finished disco business.

They have instead focused more on their really nice bar and restaurant with live music / concerts some evenings. They also host many of the concerts during the Blue Wave Festival 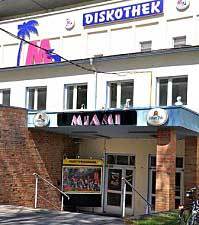 Disco Miami – At the end of Prora Colossus is said to be Rügen’s largest disco.