Sonar is an international festival of advanced music and new media annually held one weekend in Barcelona every summer.

Launched in 1994, this unique festival was immediately recognized as a pioneer, by pushing the traditional limits and content of the way festivals were functioning in that time.

It was, and still is, the pulse of the current happenings on the electronic music scene, attracting each year established and emerging artists and talents, making the avantgarde and playful musical experience.

Together with an audiovisual production, and the use of digital new media – it’s the event for all senses – a truly different experience that separates it from all other festivals of a similar genre.

The aim is creating the special relationship between innovation, technology and creativity – and it works perfectly, proven with more than 50 new events Sonar organized in different parts of the world since 2002. Reykjavik, New York, Toronto, London, LA, Frankfurt, Tokyo to name a few.

The significance of Sonar Barcelona was recognized by all major world media, describing it as the music festival as it should be done

Cool & Chic hostel, just 5 minutes walk away from the Collblanc Metro Station, is a great place to stay at while visiting Barcelona. 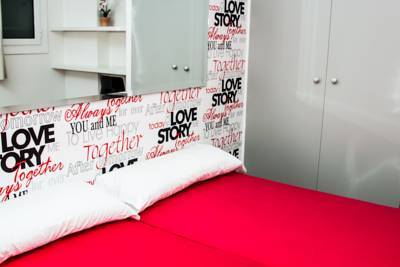 You can choose between private rooms or mixed dormitories with private lockers.

The hostel’s reception works 24/7, and there’s a free WiFi, air conditioning and heating.