About Rock for People Festival

Rock for People is an annually held festival in a place called Hradec Kralove, in  Czech Republic and one pretty unusual venue.

The old and unused airport is where more than 30.000 people are enjoying the amazing line-up that this festival is annually preparing for its guests.

It all began in 1995, and over the years it became a festival that you simply have to visit during the summer festival season in Europe.

Rock for People is a peaceful, friendly festival with a cool vibe and excellent music.

You’ll also find workshops, debates, all kinds of activities such as cycling and geocaching.

Hradec Kralove is a city situated in the Czech Republic – the same name region of Bohemia, and it’s famous for its industry, especially musical instrument manufacturing.

The city is 115 kilometers far from Prague.

The Boromeum residence is situated in the old town of Hradec Kralove and it features really tastefully furnished apartments and an onsite restaurant. 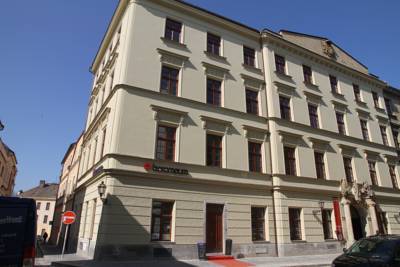 All rooms have satellite TVs, with washing machines and kitchenettes.

Breakfast can be served in a partner hotel, just 15 meters far from the Boromeum residence.

If you’re interested in a good gastronomical offer, you’ll find several great restaurants only 200 meters away from the complex.