The Pohoda festival won in the category “The Green Operations Award” – for being the most ecological festival in Europe.

The idea of meeting people of all cultures and interests from around Europe and world absolutely functions perfectly in Trencin.

The highlight of every festival held in this Slovakian town is – communication, meeting and sharing ideas among its guests.

Well, we think that enough to mention would be the case of performance of a philharmonic orchestra followed by Kraftwerk and their brilliant 3D show.

This is a very good example of that great mix of different musical genres combined with other arts – in this case – visual 3D show.

Pohoda in Trencin annually takes place on the second week in July.

The venue is also a unique feature of Pohoda.

It is situated at a former military airfield, surrounded by the Western Carpathian Mountains.

The capacity of the place is around 30.000 people.

The festival was initiated and established by Mario Michna and Michal Kascak in 1997 at football grounds and it moved to the airport in 2004.

So, to summarize this festival, we’ll use a quote from FM4 – Austrian ORF – „ A true lesson of festival culture… People can feel organizers care. It is not about the money, it is about having a truly good time.“

Check the official website for latest updates and lineup

Hotel Pod Hradom is situated in the historical part of Trencin, just meters away from Matus Cak Castle and it features air-conditioned rooms with satellite TVs, minibars and private bathrooms.

Its summer terrace is surrounded by greenery and there’s even a kids’ corner and spa area with a hot tub and sauna. 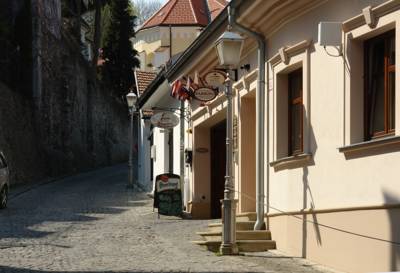 In the restaurant, you’ll be in position to try both, Slovakian and international cuisine and of course, the whole place offers free WiFi Internet.

Great festival deserves a great hotel where you’ll spend your time while you’re in Slovakia and Trencin, and Hotel Pod Hradom is definitely a great choice.