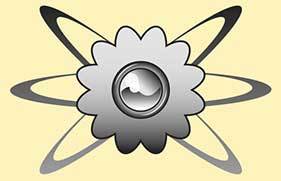 About the Nature One Festival

Among the largest European open air electronic music festivals, and one of the most famous in Germany.

Situated in a former NATO missile base right next to Kastellaun, Nature One Festival is practically a giant industrial dance floor.

Its uniqueness and historical significance makes it to be the perfect venue for a festival of this scale.

Nature One gather four main areas into one story: techno, trance, minimal and hard-style and another 19 floors of club space annually attracts more than 50.000 visitors to this unbelievably cool festival of electronic music.

Among the other happenings during the festival, fireworks is definitely worth of mentioning.

Since the festival is so huge, it is often compared to Love Parade, but unlike it, the only real damage during the Nature One occurs is the trampling of grass on the bunker hills and the fields that are used from camping.

This festival is great for all camping fans, as Nature One’s camping ground has always been the second festival, with many DJs and commercially organized trucks, equipment, loudspeakers, and sometimes – even lightning.

This is essentially a festival within a festival.

Map: Nature One and Kastellaun on Google Maps

Hotels: Overview of hotels in Kastellaun

This “caliber” of festivals always invites only the best DJs from around the world and the same thing will happen this year.

The festival is divided into several stages, starting with the biggest one: Mainfloor where the majority of the best DJs will perform.

There’s also a Club, plus House of House and Classic Terminal. Smaller areas are usually techno clubs for a few hundred people.

Main venue is at Reketenbasis Pydna, 3 kilometers south of Kastellaun.

Officially closed after the Cold War. Nature One has called this place its home since 1996.

The whole area located around the base called “Pydna” has all necessary infrastructure and space for this kind of festival, a total of 100 000 m² (without camping, which takes up more than 1 km²).