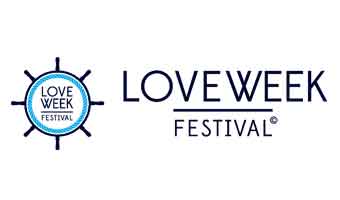 Novalja keeps adding new festivals to its tourism offer which means that this tiny town on Pag Island, is definitely becoming one of Europe’s  hottest summer destinations.

Loveweek Festival is taking over Zrce Beach for a one week long party!

Expect the craziest parties, the lucky ticket holders will aboard the Loveship for a day joining the top DJs.

The Loveship will take you to an unforgettable boat trip with taking a sea swim before docking for a two hour island beach party!

Returning is set at sunset.

If you’re on a tight budget, you should think of maybe cheaper ways to get to Novalja. The cheapest is probably to take a tour bus! Plus, it’s so much fun!

Loveweek Festival has found a bus partner who drives the direct route to Novalja and Zrce Beach and the route is driven by their bus drivers for years.

This is especially interesting for all future visitors who are coming from Austria and Germany where this bus takes off.

If you want to come by plane, the closest airport to Novalja is the one in Zadar city which is connected by cheap flights to many European destinations during the summer.

Novalja, the city situated close to the famous Zrce Beach, is the tourist center of Pag Island, and the second largest city of the island.

It is situated between Zadar city on the south and Rijeka on the north.

Both of these cities have airports.

Because of the popularity of Zrce Beach, Novalja became one of the most popular holiday and party destinations in the Mediterranean.

In high season, there are more than 12000 young people who live in the city and the surrounded area as the famous beach is only 2 miles away.

Shuttle buses serve guests of the islands around the clock.

Novalja is the perfect place for partying, but also for a great snack with its numerous bars and restaurants.

Basically it’s the best place for an active holiday among young people in southern Europe.