From the busy streets of its capital, Athens, to the quietest uninhabited islands, this country has a multitude of attractions for the tourist.

Around 20 million tourists every year, many of whom come for the combination of things to see and do – the beautiful summer weather makes many parts a ‘sun and sand’ destination, and there’s a huge number of beautiful beach resorts to stay in if this is your thing.

Villages with whitewashed homes and buildings really are abundant in Greece, especially on its islands, while ancient history can be explored just about everywhere you look.

Then there’s the cuisine – Greek food has made its way around the world but when you visit Greece you have the opportunity to sample some truly authentic Grecian foods.

Athens – the capital of Greece

Athens is today a very cosmopolitan city which is the capital and largest city of Greece.

It is also Greece’s cultural, financial, and economic heart, and to the outside world it is best known for its ancient history.

Athens has some of the most famous ancient ruins in the world and many tourists come primarily to see these – the Parthenon is the best known and it’s at the centre of one of Athens’ World Heritage Sites, the Acropolis of Athens. 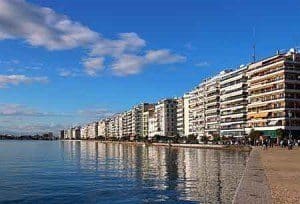 Thessaloniki – the second city of Greece

As Greece’s cultural capital Thessaloniki is also a very popular destination. The city is the second largest in the country and is the capital of the Central Macedonia region.

It too has ancient sites to explore as well as landmarks from more recent periods in history, plus it has some excellent beaches.

If you enjoy nightlife then Thessaloniki is the place for you – it’s been ranked by Lonely Planet as one of the best party destinations in the world! 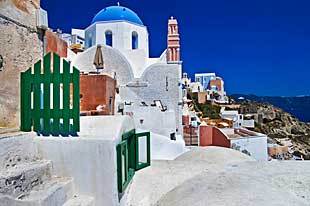 There are approximately 1,400 islands in Greece and these, combined with the long mainland coastline, give Greece the eleventh longest coastline in the world.

And with 13,676 kilometres (8,498 miles) of coastline to see Greece is the perfect destination to explore by luxury yacht!

You could spend a whole summer here and only get to see a very small proportion of the total islands.

Even if you only wanted to visit the inhabited islands there are still 227 of those.

The Greek Islands span a large distance as well and include several different archipelagos including the Ionion, Cyclades, and Dodecanese Islands.

Of all the islands Crete is the largest and it’s popular with tourists. Rhodes is one of the larger islands too, and it, along with Lesbos, Kos, and Corfu are also very popular tourist destinations.

The most beautiful and romantic is said to be Santorini. 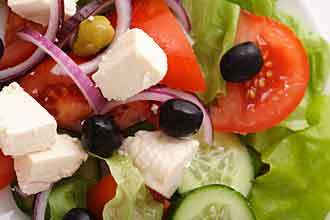 Many of the world’s towns and cities now feature at least one Greek restaurant. The cuisine of Greece is extremely popular and it’s mainly very healthy too.