Exciting and Entertaining Festivals in June, in Europe

Long summer evenings lend themselves perfectly to visiting a festival or two.

And there are plenty to choose from over the summer months.

Here’s a selection of some of the most fascinating and lively festivals being held across Europe this June.

Taste of Amsterdam is a vertible “foodie heaven” offering sample serves prepared by top chefs, and accompanied by the sounds of jazz and soul music.

Local and international cuisine coupled with sustainability top the bill at A Taste of Stockholm – Smaka Pa Stockholm.

Held in the delightful Cotswolds, Wychwood Festival in the UK is one where music and comedy are combined with fabulous food and the Real Ale Festival.

Sound and light shows and a 2km wine route are trademark features of the Bordeaux Wine Festival.

The Greenwich and Docklands International Festival, one of Europe’s foremost outdoor art and cultural events, will excite and entice with it’s spectacular array of outdoor performances.

Bodypainting artists from the world over unite for a week the World Bodypainting Festival, Poertschach, Austria.

Head back to middle ages at the wonderful Medieval Festival held in Provins, France. It’s a fun and exciting experience.

Time to dust off the gladiator gear and head to beautiful Lugo in northwest Spain for the annual Arde Lucus festival.

Attracting around 1 million visitors each year, it’s an amazing site to see with so many visitors dressed in Roman attire.

The ancient town of San Gimignano, Italy, honors it’s past when it hosts the Ferie Messium – Medieval Harvest Festival.

Germany over the whole summer. It kicks off in mid-June, and finishes early September. It’s full on with ships, horses, fireworks and other special effects. A must-see!

Committed to music and the environment, Primavera Sound Festival Barcelona, is the premier musical festival in Spain.

Headlining acts at this year’s Wychwood Festival,, The Waterboys, 10cc and Bill Bailey.

Retropop Festival is a one-day festival held in Emmen, The Netherlands. Golden Earring and the Waterboys are just two of the great acts appearing this year.

Tickets for the Isle of Wight Festival, UK, are highly sought after so be quick!

One of the most diverse musical events, Parklife Multigenre Festival, takes place in Manchester, UK, over a weekend.

The longest continuously running pop festival in the Netherlands is Pinkpop Festival. 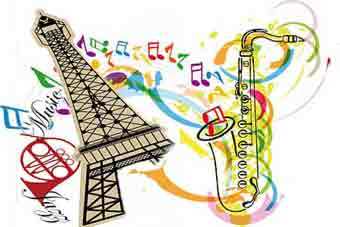 Now in it’s 21st year, the Paris Jazz Festival, will once again be held over eight different weekends, and makes a great excuse (if one were needed!) to visit Paris.

Electronic music and digital media come together at the Sonar Festival Barcelona. It offers a unique mix of innovation, technology and creativity.

Take an island, bring in some world-class jazz, blues and funk, and you have the makings of another superb Blue Wave Festival, Binz on Rugen, Germany.

Wild, crazy, quirky and eclectic describe the Roskilde Festival. The old and biggest music event in Denmark, this is one to experience.

Awakenings Electronic and Techno Festival is held near Amsterdam. It offers the best of techno and house in a naturally beautiful setting.

Fast gaining a reputation as the Ibiza of the eastern Mediterranean, expect to party when you rock up to stunning Pag Island, Croatia, for the Hideout Festival – Electronic Party.

Held in a magnificent setting, the alternative Beauregard Pop, Rock and Indie Music Festival has developed a loyal fanbase.

Vida Festival is a true multicultural festival serving up music, art, film to all those visiting this festival of life held just south of Barcelona.