Didim in Turkey – home of the antique city Didyma

The Turkish town Didim is equally as popular as Kusadasi as a setting off point for Blue Cruises and luxury yacht hire in Turkey.

This smaller town is not quite as busy as Kusadasi, and it lies a little further south along the Aegean Coast, closer to the popular Bodrum Peninsula.

The modern town grew up around the ancient ruins of Didyma, now a highly accessible ancient site.

Along the coastal sections of the town are smaller holiday resort towns such as Altinkum where there’s a collection of hotels and holiday homes, shops, restaurants, and a restrained nightlife.

Here it’s definitely quieter than Kusadasi to the north, or Bodrum to the south, making it a popular family-friendly destination. 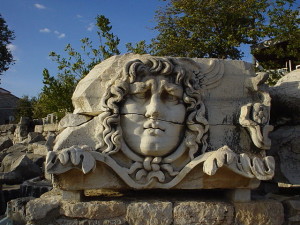 In terms of local attractions the ancient ruins of Didyma are by far the top attraction here.

It’s an impressive site that’s quite compact so easily covered within hour or two, though you’ll want to avoid visiting in the hottest part of the day as there isn’t much in the way of shade.

Also, if you can, try to avoid visiting when a tour bus is present as the ruins will get crowded, while at other times of the day you’ll have them almost to yourself.

Didyma wasn’t so much a city as a sanctuary for the ancient Ionians, and it contained the temple and oracle of Apollo.

It was the largest and most important sanctuary in the region of Miletus – a large ancient Greek city that still exists in ruins a little way north and east of Didim.

Miletus itself is also worth a visit from Didim before you start your yacht hire.

The large theatre there is impressive, and being a city the ruins are far more expansive than the constrained ruins of the sanctuary of Didyma. 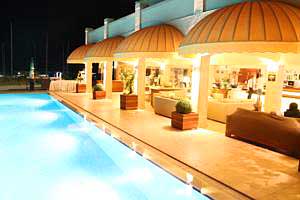 The new Didim Marina provides a high class place for luxury yachts and gulets to berth and it includes a yacht club hotel, dry docks, and maintenance yard, as well as a shopping mall, restaurants and other visitor facilities. 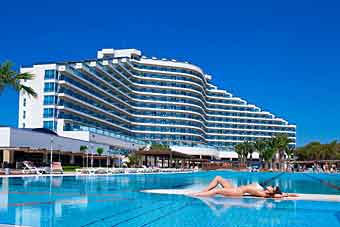 If you decide to stay in Didim or the smaller resort town of Altinkum, there are numerous hotels and pansiyons to choose from as well as a small selection of luxury hotels.

Both are right on the beach and they offer a selection of swimming pools and other leisure activities.

There are restaurants within the hotels too, or stroll along the waterfront of Altinkum to enjoy one of the many restaurants here.

The local speciality that you definitely try is guveç – a kind of stew cooked within a sealed clay pot which is then broken open when served.

Tours on the water

Tours and things to do in Turkey

Share and let others know about this !!
Scroll to top
X