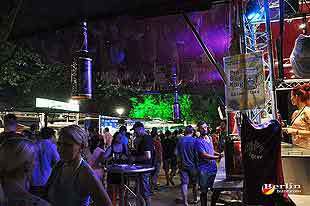 A City full of Beer at Berlin Beer Week festival

Breweries from Berlin and around the world, as well as craft beer establishments from all over the city, present their best stuff at the festival.

The classic combination of beer and music, as well as the less obvious mixture of beer and art, Berlin Beer Week leaves nobody indifferent.

Old-fashioned Bavarian pub-crawls, beer karaoke, and beerlesque (the combination of beer and burlesque) are on the menu, along with good drinks and good food.

Kick off with a Beer Cruise

In order to make the event even more interesting, the organizers became partners with Berlin Brews Cruise, a river cruise ship, which is going
to mark the official opening of the festival.

The three-hour-long cruise will take you down the Spree River, with 40 rare kinds of beer on tap.

The venues of the festival are situated in different parts of Berlin.

It’s a 10 days long festival, so you will have a great oportunity to visit many of the great venues, craft beer pubs and breweries in Berlin, that are participating.

Last day is a big party and Closing Event, “FESTIVAL² ” where you get introduced to other beer festivals in Europe.

In 2019 this festivals were participating: 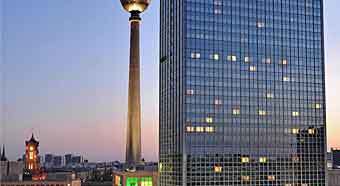 Park Inn Hotel, is very central at Alexander Platz and it is very easy to get from here to any destination in Berlin, either by foot or public transportation.

Also lovely views from the rooms and great service.

More things to do in Berlin

More from Berlin and Germany