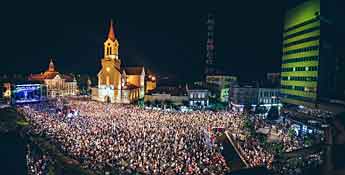 A TRADITIONAL FESTIVAL IN ZRENJANIN SINCE 1986

In Zrenjanin, the city with a long tradition in beer crafting, the last week in August is reserved for good beer and high-quality entertainment.

First Beer days were held in 1986 on the occasion of 240 anniversary of beer crafting in Zrenjanin and they have been held every year since.

This year, the Beer Days festival will be held from August 26 to September 1 on several city locations.

Daytime is dedicated to children’s, cultural, gastronomic and sporting events while in the nighttime you can enjoy the diverse range of musical performances.

During this period Zrenjanin becomes a true festival city because several smaller festivals are taking place at the same time.

Zrenjanin is a city with population of around 100.000 inhabitants while the festival itself attracts 300-500.000 people on the streets just in one week.

In 1745 brewing Master Sebastian Krajzezen opened the first beer brewing workshop in Zrenjanin (former Becskerek) and ever since the intertwining of a city life and a life of the brewery is continuous.

In 1878 one of the largest landowners in Vojvodina, Lazar Dundjerski, bought the brewery and expanded it significantly.

He brought the best architects from Prague who designed a great complex of buildings of exceptional aesthetic value.

The quality of Zrenjanin’s beer reached its peak in the 1970s, while in the 1980s the brewery reached its maximum by producing 406,000 hl of beer and famous Tut Gut (non-alcoholic beer).

In the beginning of 2000’s, going through transition and privatization caused the decline of production and, shortly after, the cessation of work.

The Zrenjanin beer industry, with more than 260 years of experience, is now again waiting for its time.

If nothing else, people of Zrenjanin will not allow The Beer Days event to be interrupted because of the memory of those happier times of one brewery.

For that reason, for the third time within the festival, The Scientific Expert Symposium “Beer, raw brewing materials and equipment” will be held from 26th to 29th of August.

It is symbolically called the Symposium Beer.

Hotels: Overview of all hotels in Zrenjanin

There are many nice bed and breakfast places and also apartments to choose from for your stay in Zrenjanin. 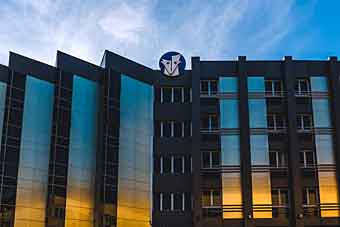 The breakfast has also got good reviews from the guests.

How to get to Zrenjanin

Zrenjanin is only 75 kilometers away from Belgrade (the nearest city with airport).

50 kilometers away from Novi Sad and it has a good road connection to both cities.

There are several busses and trains going to Zrenjanin from Belgrade and Novi Sad every day.

In geostrategic terms, Zrenjanin is in a prime position – close to the border crossings with Romania and Hungary.

The Begej River connects Zrenjanin (Serbia) to Timisoara (Romania) and in 2021 river traffic will be established again as well as the bike path that will run the entire length of the River.