The Historic Carnival and Battle of the Oranges in Ivrea, Italy

The Battle of Oranges is on Monday 24 February 2020

Battle of the oranges involves around half a million kilograms of oranges.

Yes, this is the Battle of the Oranges. It takes place in the city of Ivrea, and it presents an organized event steeped in history.

Basically, it is a story about people rebelling against the cruel and tyrannic government – now transformed into a carnival that attracts around 100,000 spectators every year.

Anyone can become a spectator, but there’s a thing you must take into consideration – you can suffer serious injuries, so for those who are not so enthusiastic, we strongly suggest relaxing and watching the battle from a distance.

It’s, of course, important to wear a hat, or head wrap, because being a bit away from the battle won’t guarantee that you’ll be completely safe.

The battle of the oranges usually starts on Sunday around 2 pm ending with the judges’ decision on which team won this year’s battle.

Citizens of the town Ivrea consider this carnival to be an important part of their culture and like to describe this battle as a “liberating” event.

If we look to the past, we’d see that this carnival is connected to the Lord of Ivrea’s attempt to take the virginity of the miller’s daughter on the eve of her wedding, sometime in the 12th or 13th century, as the legend goes.

But she made a bold move – a strike of the sword, and set the town free from his oppression.

Later on, the townspeople battled the Lord’s henchmen, so today, this unusual carnival is a recreation of the battle between the Lord’s followers and the so-called commoners.

The Lady, the miller’s daughter, is represented by a woman dressed in a red and white dress who throws yellow flowers to her admirers.

This is surely among the most unusual carnivals you will find, not only in Europe, but in the whole world.

It is definitely one you will remember.

There are only a few hotels in the centre of Ivrea and they are most likely already fully booked for the carnival.

The one with the best review score is Spazio Bianco

Two others in the centre are Albergo Luca, a cheap two-star alternative, and Aquila Nera Di Tony – just a 10-minute walk from the town center. 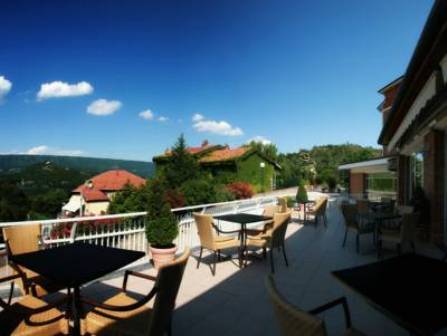 In the surrounding area

You can find many good hotels and Bed & Breakfasts around Ivrea.

Even when staying outside the town, it is best to book well in advance as the most popular accommodations book out quickly.

Check the Sirio hotel – situated on the banks of Lake Sirio.

It’s a hotel with a million-dollar view; spacious rooms and free parking.

It’s only 5-minutes drive from the center of the city.