Attractions, Festivals and Events in Nice

Festivals and Events in Nice

Some of the festivals and event in Nice attract many thousands of visitors.

In February / March, the Nice Carnival explodes onto the streets just as the sun gets higher in the sky, days lengthen and spring is on the horizon.

With parades, dancing, live music and raucous fun, the Carnival is the highlight of winter events in Nice. 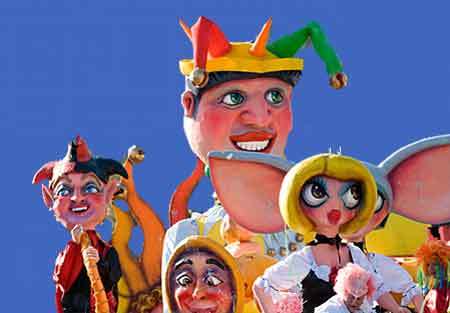 Nice Carnival is one of the biggest events in Nice, happening every year over a period of two weeks with its culmination on Mardi Gras.

It is up there with some of the largest carnivals in the world and is said to attract over one million tourists every year. 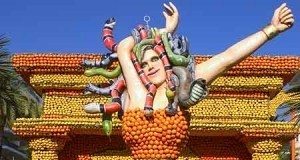 Can be combined with its neighbor-town Mentons Lemon Festival, often running at same time.

An other popular festival, Nice Jazzfestival, has been going strong since starting in 1948.

Some of the biggest names from jazz music including Ray Charles and Louis Armstrong, have performed here over the years.

Today it has more of a mix of music rather than just traditional jazz. 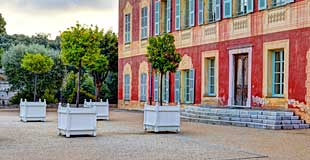 Nice has plenty for culture lovers among its attractions.

There are numerous museums as well as theatres, and a visit to the Opera De Nice is highly recommended.

is located within the old town in a very grand building that was originally constructed as the municipal theatre of Nice then became the city’s main opera venue from 1902 onwards.

There’s a regular programe of performances here so check their schedule when you’re visiting to see what’s on.

Nice has an excellent selection of museums, some of which feature the works of artists who visited the city for its great light.

Matisse was one artist drawn to Nice and you can see some of his works at the Musee Matisse which is situated within a 17th century Genoese villa.

The early history of Nice as a settlement can be discovered at the Museum and Archaeological Site of Cimiez.

This is where an ancient Roman settlement was situated, and there are still ruins from this period to be seen here.

Another ancient site is Terra Amata and there’s a museum focusing on prehistoric Nice here.

Nice has a couple of lovely parks and gardens to explore when you’d like a break from the busy streets.

The Jardin Botanique de la Ville de Nice is a relatively small municipal botanical garden that is open every day and free to enter.

There are over 3,500 species of plants here, many of which are Mediterranean, plus there’s a 6,000 species herbarium to see too. 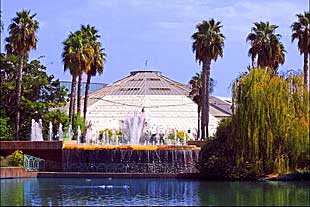 Parc Phoenix is a larger botanic garden and zoo that features one of the largest greenhouses in Europe.

Plant species are displayed according to climatic zones, and you can see pelicans, turtles, and swans around the large pool.

Things to do in Nice